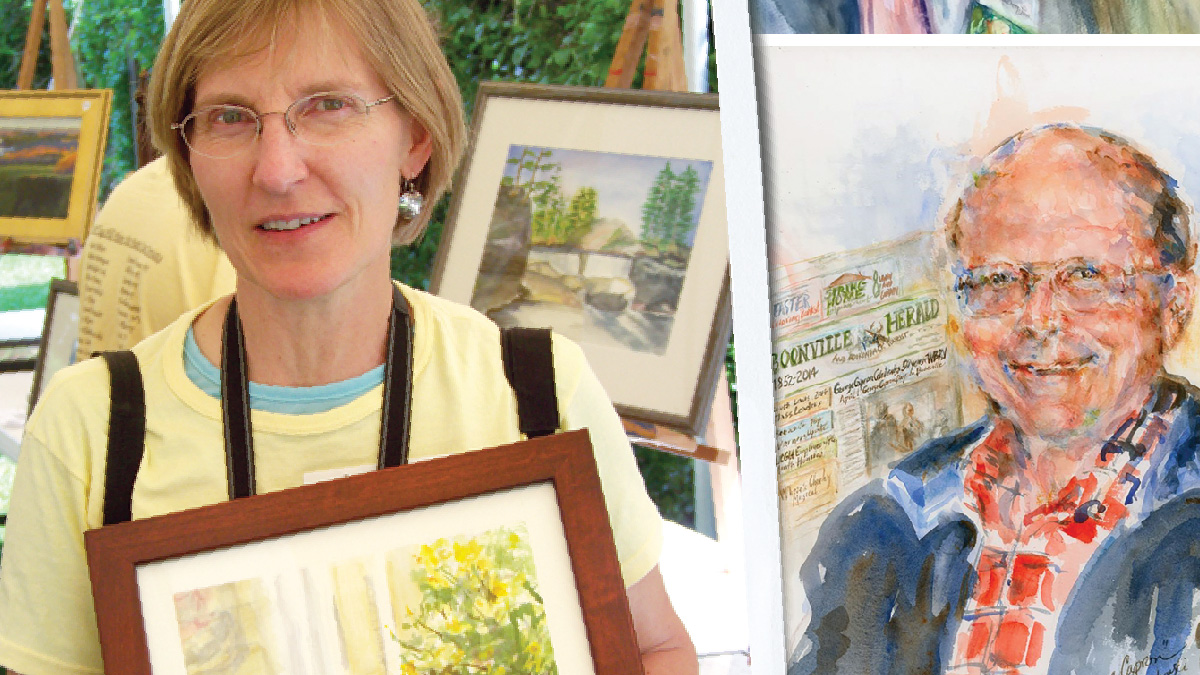 The hearts and souls of those that stood here before us

Resilient people. Salt of the earth. Resourceful and community minded. Made something out of nothing. Our grandparents were like them.

Those are the words used to describe the everyday people who represent extraordinary lives, community and culture of Tug Hill. The recent traveling exhibit, “Venerable Folks of Tug Hill,” features portraits of 22 subjects by artist, Loretta Lepkowski.

The project—from concept to completion­ took over nearly three years, in partnership with Lepkowski, the Tug Hill Commission and Traditional Arts of Upstate New York (TAUNY).

History and Connection at risk

Too often stories like these end with the generation who has lived them. But thanks to Lepkowski, who drove throughout Tug Hill from Boonville to Watertown to Pulaski to paint people’s portraits and record their stories, they are now accessible for all of us.

“The landscape of Tug Hill is intertwined with the lives and history of those who have been here for many years working in various volunteer and paid jobs,” remarks Lepkowski. She continues, “It’s a pleasure to honor these individuals in a way that captures their stories and preserves this rich heritage for future generations to enjoy.”

The touring exhibit features stories about epic snowstorms, long days in the fields, triumph and sorrow, and days spent hunting in the woods. As a result, the combination of recordings, paintings and video has become one of the first multi-media exhibits of its kind in Tug Hill.

“This was a once-in-a-lifetime opportunity to capture some of those who have given Tug Hill its core identity” explains Katie Malinowski of the Tug Hill Commission, “many of these people are in their 80’s and 90’s, and their stories and heritage are something that our region treasures as part of who we are today. They are the heart and soul of our community.”

“People can forget how important the history and ongoing culture of everyday experience on the land is to our region and our shared identity,” remarked Camilla Ammirati of TAUNY. “We were honored to get to partner on this project to record and celebrate the experience of Tug Hill people and the distinctive land they live on.”

Part of Tug Hill Tomorrow Land Trust’s focus includes conserving and honoring the cultural heritage of our region. We wish to thank the project partners and those who shared their stories. A special thank you as well goes to Loretta Lepkowski who went above and beyond as she shared her talent, and her heart, in creating a beautiful and compelling legacy to highlight the special people and places of Tug Hill.

Find out where the exhibit will be next

Thank you to those who made this project possible:

Tug Hill Tomorrow Land Trust’s members and supporters, St. Lawrence County Arts Council, NYS Council on the Arts, Northern NY Community Foundation, NYS Tug Hill Commission, Iroquois Gas Community Grant Program, and The John Ben Snow Foundation, Inc. A portion of this work was made possible through two Public Arts Fellowship Grants which in turn was made possible in part by the St. Lawrence County Arts Council from the NYS Council on the Arts with the support
of Governor Andrew Cuomo and the New York State Legislature.

Thank you to those who shared their stories: