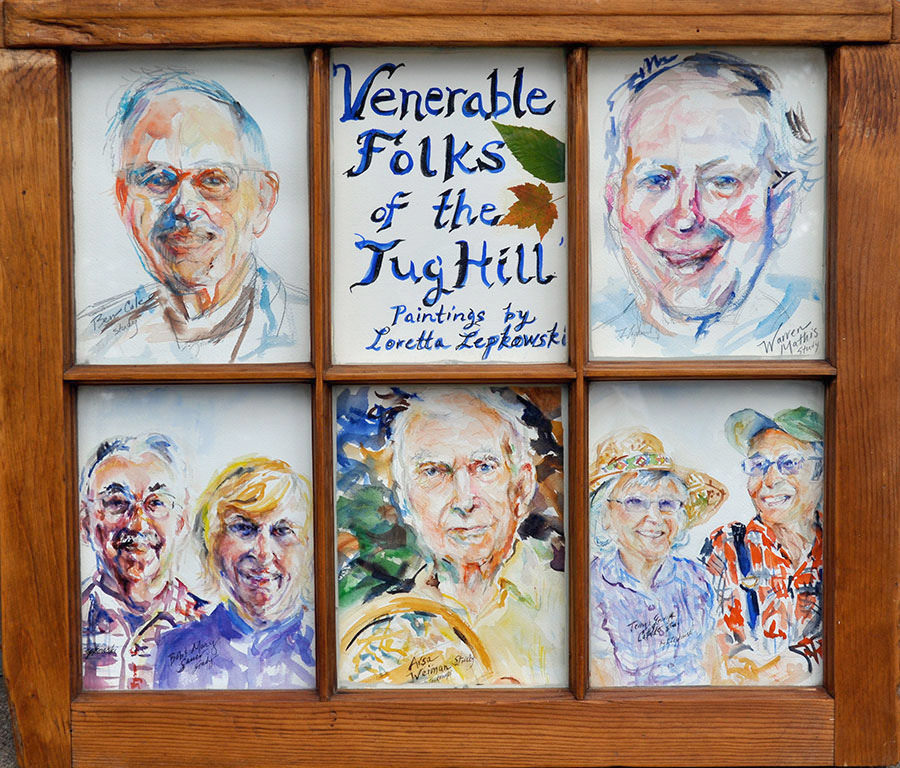 Traditional Arts in Upstate New York hosts an opening reception on Saturday, February 11, 1-3 pm, for an expanded version of the traveling exhibit “Venerable Folks of Tug Hill.” The exhibit celebrates the resilient population of the snowy Tug Hill region and its many villages, farms, and vast wilderness located between Lake Ontario and the Adirondacks.

Last year, TAUNY, the Tug Hill Tomorrow Land Trust and Tug Hill Commission produced a traveling exhibit featuring residents of the Tug Hill and their life-long involvement in the region. That exhibit, which has been touring the Watertown region since last fall, features portraits of Tug Hill residents painted by artist Loretta Lepkowski as well as panels featuring the individuals interviewed and key aspects of life in the region, including surviving winter,and  the importance of community life, and music.

Listen to the Radio Podcast