The best way to experience the 2,100-square mile Tug Hill region is to think of yourself as an explorer wandering through the many trails and along the riverbanks inside one of the “last untouched wildernesses” in New York State.

The landscape is a unique mixture of thick forests, valley farmlands, deep gorges, large flowing rivers and scenic waterfalls, all setting the stage for a one-of-a-kind outdoor experience. A distinct advantage of this region is its smaller population—and means fewer than crowds, less time stuck in traffic, and no waiting in long lines.

During the warmer weather, hiking kayaking, canoeing, fishing, camping, birdwatching, bicycling and mountain biking are population activities. The fall months offer stunning views of colorful foliage, a scenic experience that is a favorite amongst the most dedicated “leaf-peepers.”

In the winter, Tug HIll’s record-breaking snowfalls turn the region into a snowy wonderland filled with endless recreational possibilities. These heavy snowfalls attract plenty of winter sports enthusiasts looking for prime cross-country and downhill skiing, snowshoeing and snowmobiling, and even sled dog racing.

Pristine water is one of the most abundant resources in Tug Hill, which has a large network of 117,000 acres of wetlands, nearly 4,000 miles of streams and rivers, and four reservoirs.

Tug Hill has plenty of public parks, and rails varying in the distance and terrain, offering visitors and residents an opportunity to venture into the wilderness. Miles of accessible trails allow visitors to experience Tug Hill’s scenic forestlands and abundant wildlife.

The region is home to many animals, including deer, bobcat, bald eagles, foxes, and otters, along with countless numbers of birds. For years, Tug Hill has drawn avid bird watchers to the area.

The vast forestlands include both northern hardwoods and softwoods, which have been a bountiful source for wood products and paper manufacturing for decades.

The rich cultural heritage and history of Tug Hill can be discovered by traveling through its many rural communities, particularly at the time when a annual festival or event is being held. Many people living in Tug Hill make their living off of the land—farming and logging—which has earned the region a reputation as “a special place of working lands.” 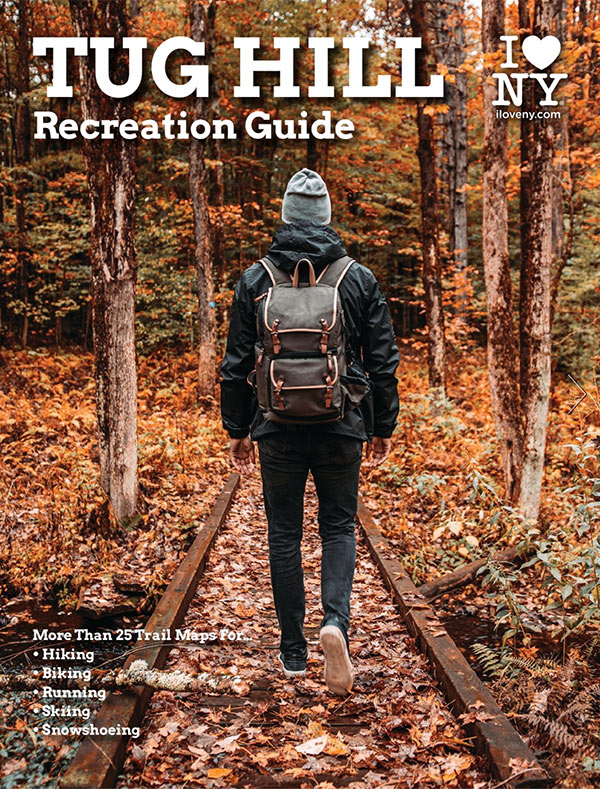 Learn more about Places to Explore