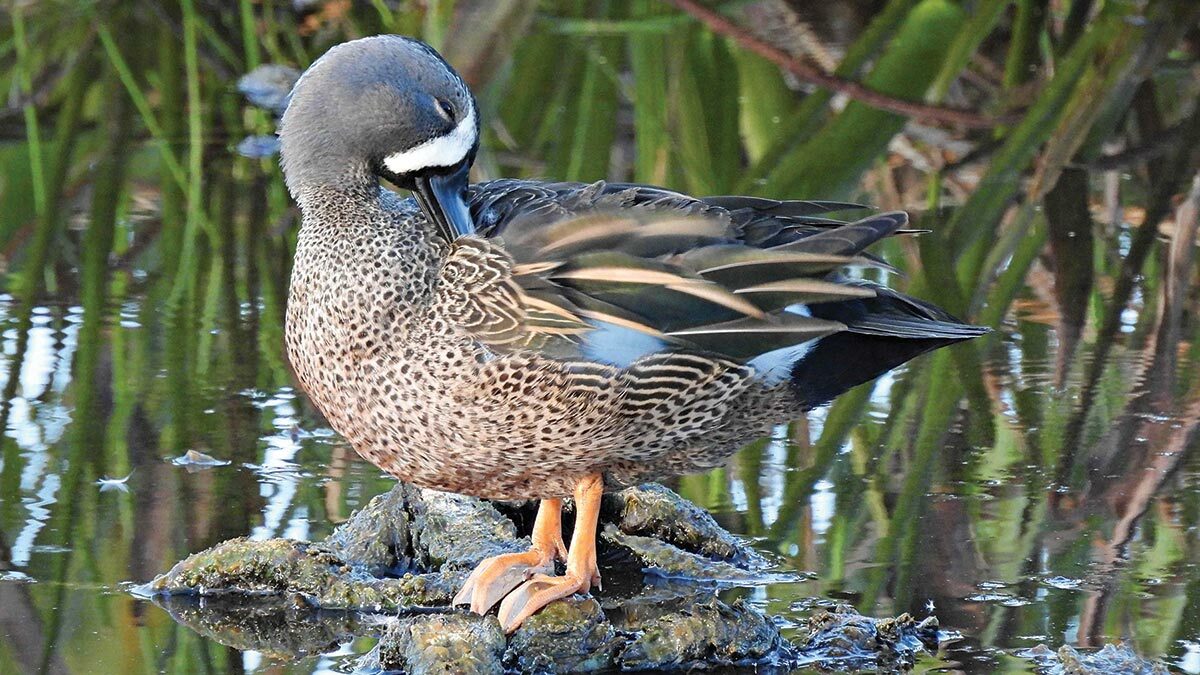 If you’re looking for a place to immerse yourself in nature, surrounded by birds who depend on healthy grasslands, wet meadows, and forested wetlands, you’ll soon find a beautiful place to walk in West Turin, Lewis County.

Thanks to a partnership with Ducks Unlimited (DU), the Tug Hill Tomorrow Land Trust will soon own an 85-acre parcel of restored wetland habitat that will be managed by DU for the next 10 years.

The New York Department of Environmental Conservation’s State Wildlife Action Plan notes a number
of important birds live in or migrate through the area. These birds need quality habitat to flourish, including the endangered blue-winged teal; the threatened eastern meadowlark, bobolink, and scarlet tanager; and the American kestrel, northern harrier, ruffed grouse, and American woodcock (a species of special concern).

Those sightings don’t factor in numerous other birds and wildlife that are increasingly facing a loss of wetland and grassland habitat in the region.

To help address this challenge, DU has spent several years restoring the land for wetland-dependent wildlife, including planting hundreds of trees. The restoration will also help slow down climate change by storing carbon in the roots of trees and wetland plants and soils.

This summer and fall we will be working to raise $25,000 to initiate the first phase of establishing trails and related signage.

We hope to install at least one bird watching platform and benches (funding permitting) this year, as well. Because of the generosity of people like you, this special place will become a haven for wildlife as well as people of all ages to enjoy wetland birds and their habitat.

Thanks to a partnership with Ducks Unlimited (DU), the Tug Hill Tomorrow Land Trust will soon own an 85-acre parcel of restored wetland habitat that will be managed by DU for the next ten years.

Impact of climate change and habitat loss on birds

Research by National Audubon, the American Bird Conservancy, and others has documented that we have lost over three billion birds in the last 50 years. That’s over 20% of the North American bird population due to loss of habitat, pesticides, and climate change stress.

National Audubon’s research, Survival by Degrees: 389 Bird Species on the Brink, reveals that of the remaining birds, as much as 67% are at increased risk of extinction due to climate change stress. Protecting critical habitat and transitioning to compatible renewables to slow down climate change is instrumental for the survival of these birds.

You can read the study on Audubon’s website: www.audubon.org/climate/survivalbydegrees.