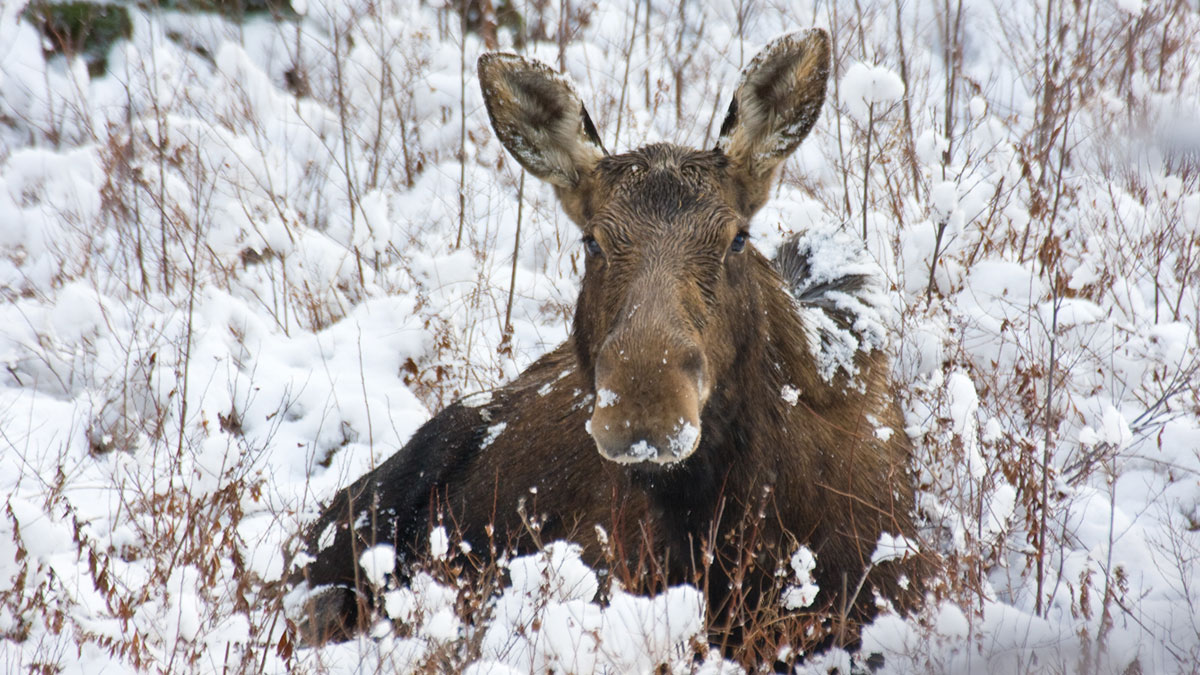 Sometimes it’s just hard to fathom. With all the land around us, here in the Tug Hill and the Adirondacks, how is it that wildlife—like moose, bear, and other large mammals—could find themselves without the habitat they need?

It’s true, there’s a lot of land in our region but the challenge is there are great swaths that are unprotected running a risk of fragmentation from haphazard development, expanding road networks, and stressors caused by climate change resulting in a loss of critical habitat. Large mammals like moose, black bear and Canada lynx need large blocks of forest, together with forested corridors connecting these blocks, to move in search of suitable habitat to sustain them and their young into the future.

Maintaining these connections between large forested areas, like Tug Hill and the Adirondacks, is critical for many wildlife species that require large areas for survival.

To address this, while there is still time and before the animals become too stressed, a partnership called Staying Connected, between local towns, conservation organizations, and state agencies has been working together to identify areas of the Black River Valley that seem optimum for wildlife movement between the two regions. Over the past several years, current knowledge of wildlife needs, computer modeling and on-the-ground data have been used to identify areas of special interest regarding wildlife movement.

Two priority areas have been identified through the work so far, one of which is the mostly forest and farm area in Northern Oneida County. Working with willing landowners, on a voluntary basis, you are helping us, as the local land trust, inform them of actions they can take to make their land more wildlife friendly and in some cases permanently protect these important lands before they are lost.

Thanks to your support, a number of families have protected their land while continuing to own it. They are helping ensure that there will be land and waterways available for large mammals, like the moose, to migrate. It’s a strategic and proactive way to maintain and improve the landscape for wildlife before it’s too late.

Below, A Fall Mohawk Valley from Steuben