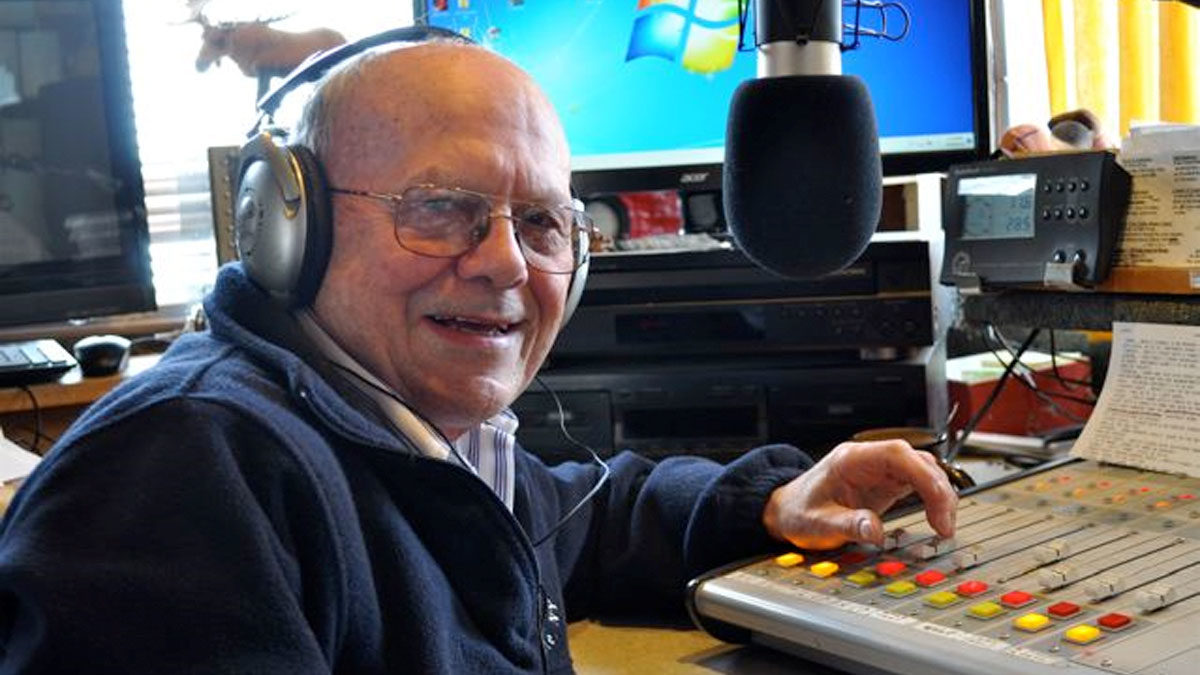 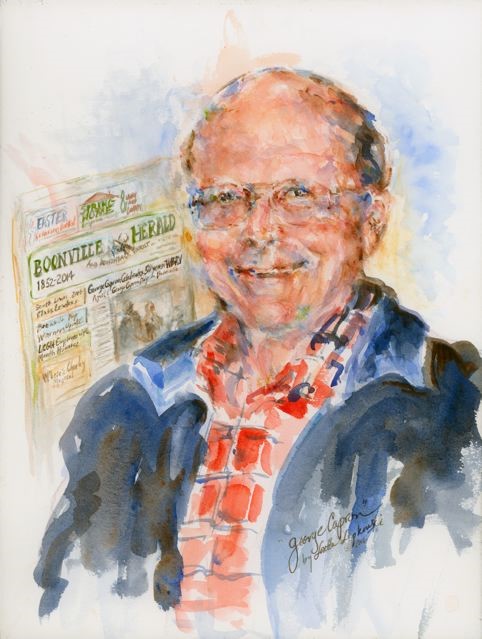 George has been called a North Country institution, the “Voice of the North Country” (WBRV – The Moose) radio station in Boonville since 1961, when at age 19, he passed a Federal Communications test. This ended his career as a milk delivery man.

George is famous for entertaining his listeners with little “Tidbits” of information found in the Boonville Herald about life on Tug Hill and there is hardly a person in the Boonville area who hasn’t had his or her birthday or anniversary announced by George.

His family roots are from Tug Hill. His grandmother was born in Montague. His grandfather, George’s namesake, who lived in Boonville was a legend. Not only did he work as a bricklayer, he played the fiddle at dances, and was the sharp shooter for the Buffalo Bill Wild West Show. He also built a reputation making quality wooden snowshoes during the winters.

George had a crowded “wall of fame” at the WBRV Station. He was proud, but humble, about all the honors he received over the years, from broadcasting for the Oneida and Lewis County Fairs, to the Woodsmen’s Field Days Parades, to the Lost Trail Snowmobile Club, to the Elks, and finally becoming a Tug Hill Sage in 2015.