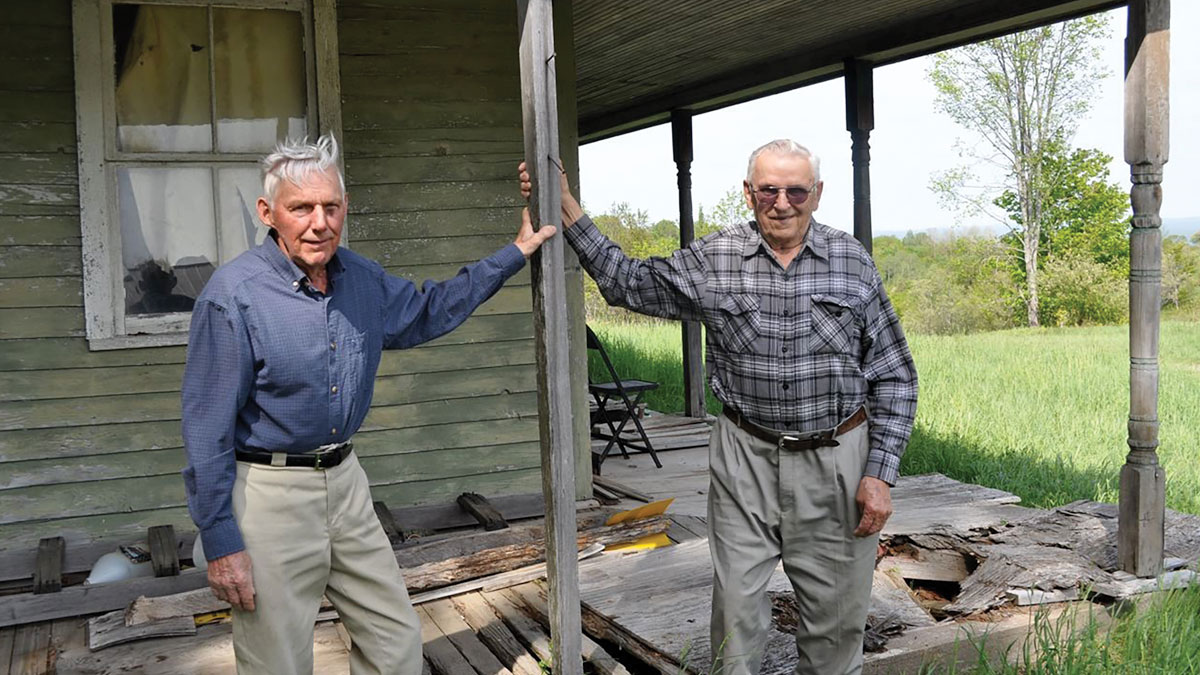 Tales of Triumph, Friendship and Survival

The Hearts & Souls of Tug Hill

Loretta Lepkowski is a warm, energetic, person who can coax a story out of just about anyone. She’s also the artist behind the “Venerable Folks of Tug Hill” portrait series profiling some of the most extraordinary people of the region in a multi-media history project.

She’s teamed up with Camilla Ammirati, who works for Traditional Arts of Upstate New York (TAUNY), and together they have recorded video and audio interviews of these venerable folks to support the portraits.

These venerable folk are the hearts and souls of our communities, and inspire young and old alike. Their stories of farm life, epic snowstorms, and what life was like almost 100 years ago give us a glimpse into the people who helped define Tug Hill and what it is today.

In this age of fast-paced rapid change, it’s important to take a step back and reflect on the rich heritage of Tug Hill before it’s gone in what seems like just a blink of an eye.

This exhibit is a collaborative project between the Tug Hill Tomorrow Land Trust, the Tug Hill Commission, and Traditional Arts of Upstate New York (TAUNY) and will debut on October 20th at our 25th Anniversary Celebration. This project creatively captures the history, culture, and vitality of Tug Hill, a key part of our land trust’s mission.

Thanks to the generous support of contributors and the talent of Lepkowski and Ammirati, the history of Tug Hill will be brought to life through their stories for years to come.

Above photograph, Stanley and Benny Szalach recall a time in their lives at their homestead.