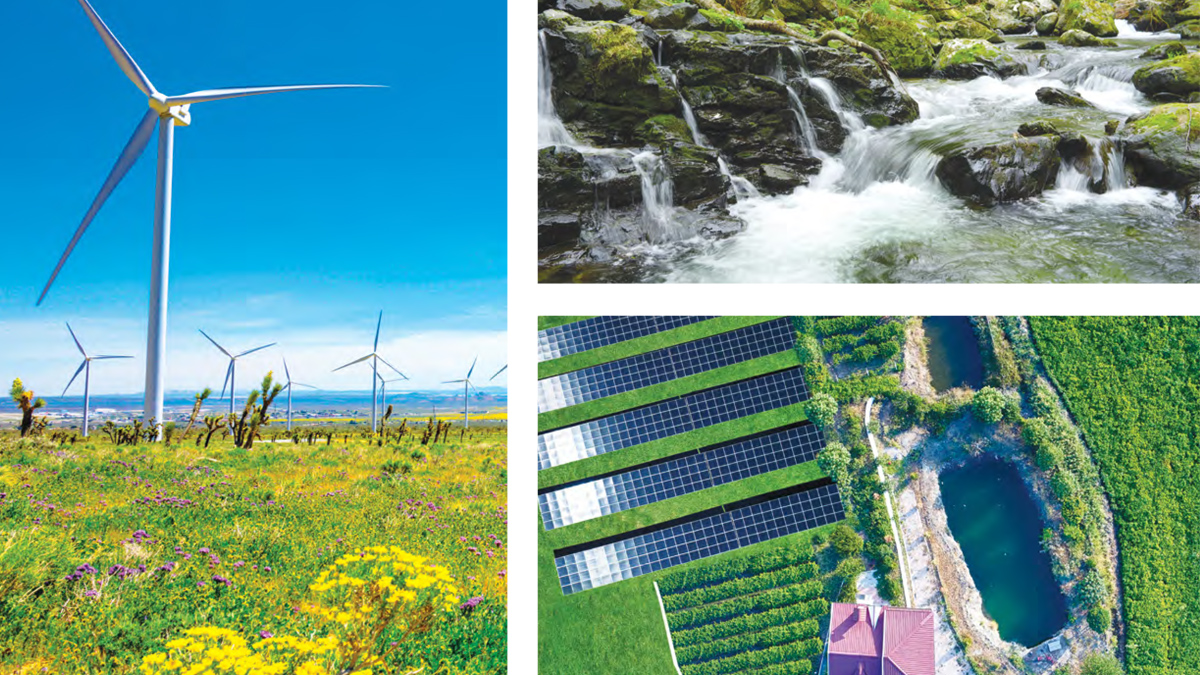 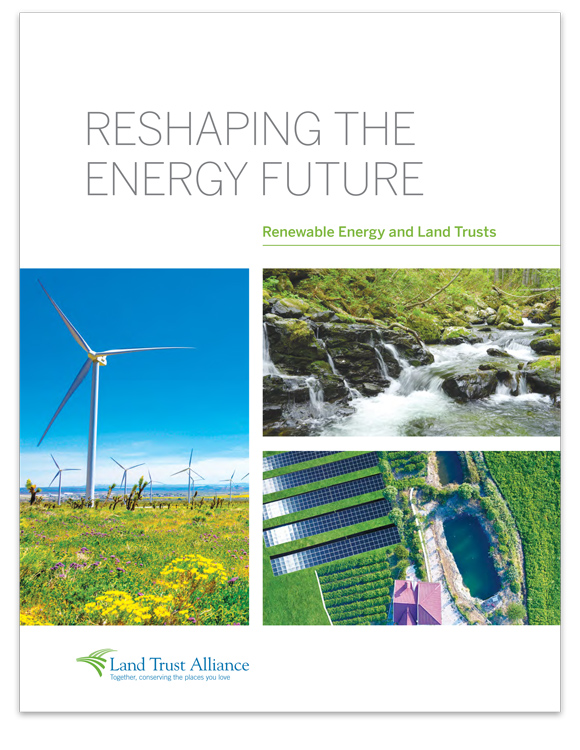 At first blush, putting “open space” and “land conservancies” and “renewable energy” in the same sentence might seem awkward. But the role that land trusts play in addressing climate change via renewables can’t be understated, according to a new report from the Land Trust Alliance (LTA): “Reshaping the Future: Renewable Energy and Land Trusts.”

In the 24-page report, researchers said that at this “critical juncture, land trusts can position themselves as both protectors of priority lands, waters, and habitat and as problem-solvers in helping meet renewable energy development needs. As entities that care deeply about the land, land trusts should also care about climate change and renewable energy.”

That “critical juncture” is the impetus behind global efforts to reduce greenhouse gases by transitioning to renewable energy sources such as wind and solar.

The authors of the report described making investments in renewables as “critical to mitigating the worst impacts of climate change, such as flooding, loss of native species and habitat, and drought.” Land trusts can help with education and outreach as well as “siting” for renewable energy projects.

The report summarized the role of land trusts and as well as the scope of New York’s “Progressive Energy Agenda.” Other topics included the relationship between land trusts, climate change and renewables, which noted that organizations can institutionalize “land conservation considerations” directly into the decision-making process and policy development. Land trusts can also prioritize efforts to minimized environment impacts on a project-by-project basis.

And lastly, land trusts can protect “priority ecological sites and other natural areas while also working with partners to identify places where development is appropriate, including where conservation and renewable energy development can coexist.”

The report also identified some challenges and opportunities for setting sights on addressing climate change via renewable energy. The LTA report noted the “dual role” of land trusts in conserving open space while also playing an active role in New York’s “energy agenda.”