Home > News > Have you ever wondered what the future of wildlife and water will be in Tug Hill? 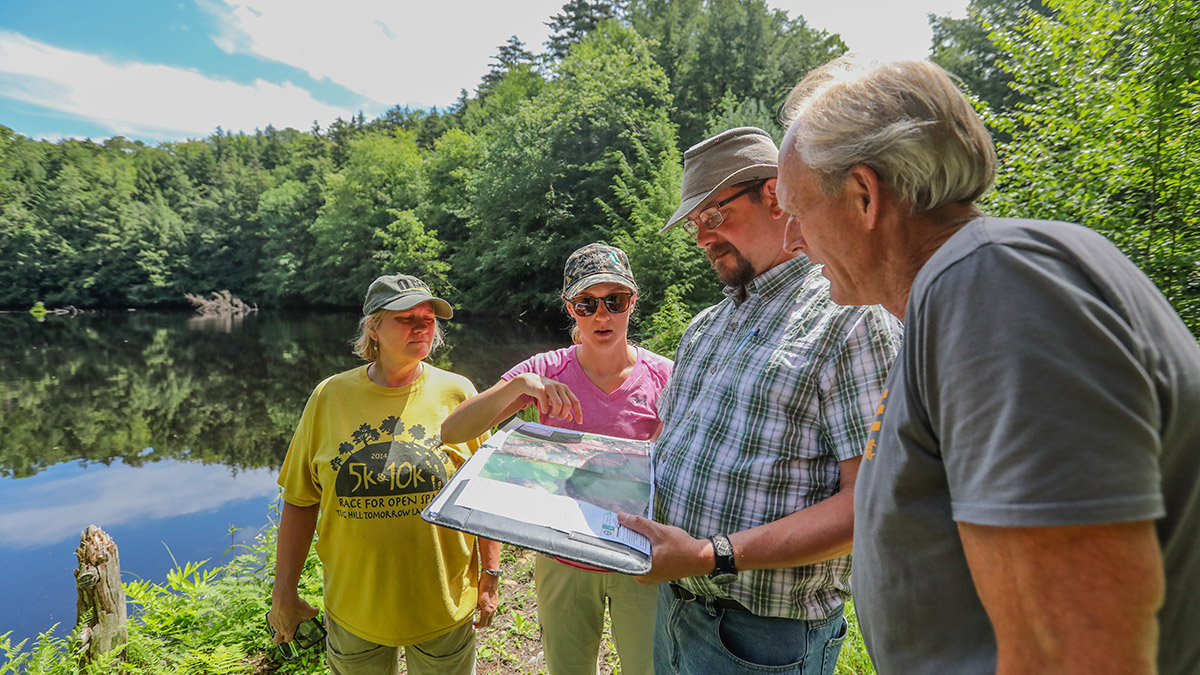 Have you ever wondered what the future of wildlife and water will be in Tug Hill?

Studies around the world, including the University of Florida, Wisconsin at Madison, Cornell University, and as far away as the University of Tasmania, are documenting that plants and animals are undergoing a mass redistribution due to climate change.

Indeed, a recent study from the Cornell Lab of Ornithology and the American Bird Conservancy noted we have lost 1/3 of our North American birds in less than 50 years, largely due to habitat loss and pesticides.

This adds to a growing body of research in the Northeast: isolated islands of habitat will not allow for the necessary movement and survival of wildlife. Instead, connecting corridors of woodlands and farmlands, waterways and wetlands, are a critical strategy for wildlife to flourish.

Good news for wildlife and communities

Local families and landowners will now have another opportunity to help. A recent grant to The Nature Conservancy
(TNC) from the New York State Department of Environmental Conservation’s Water Quality Improvement Program, in partnership with Tug Hill Tomorrow Land Trust, will allow for purchase of conservation easements (voluntary retirement of development rights) on lands that will protect ground and surface drinking water sources and benefit wildlife habitat.

The project spans several communities, with one focus area including West Canada Creek and Hinckley Reservoir.

Lands qualifying for these grants would contain woodlands and river frontage with the goal of conserving several thousand acres of privately-owned lands in the Black River Valley between Tug Hill and the Adirondacks. Limited development, hunting camps, recreation, and forestry would continue to be permitted.

With increasing severe weather events, forests also serve a vital role in filtering and absorbing water, reducing the impacts of flooding and gradually releasing water over time into neighboring rivers and ground water. Given that several Tug Hill Communities rely on reservoirs, aquifers and town wells, this benefits their drinking water supply and buffers them from periods of drought as well as the impacts of flooding.

Alissa Fadden of TNC explains that “This is a terrific project that benefits wildlife and our communities. We have a chance to ensure that the farms, wildlife and water resources remain a central part of this region’s identity and economic base.”

If you are interested in finding out more email Linda Garrett at lgarrett@tughilltomorrow.org.

“We have a chance to ensure that the farms, wildlife, and water resources remain a central part of this region’s identity and economic base.”