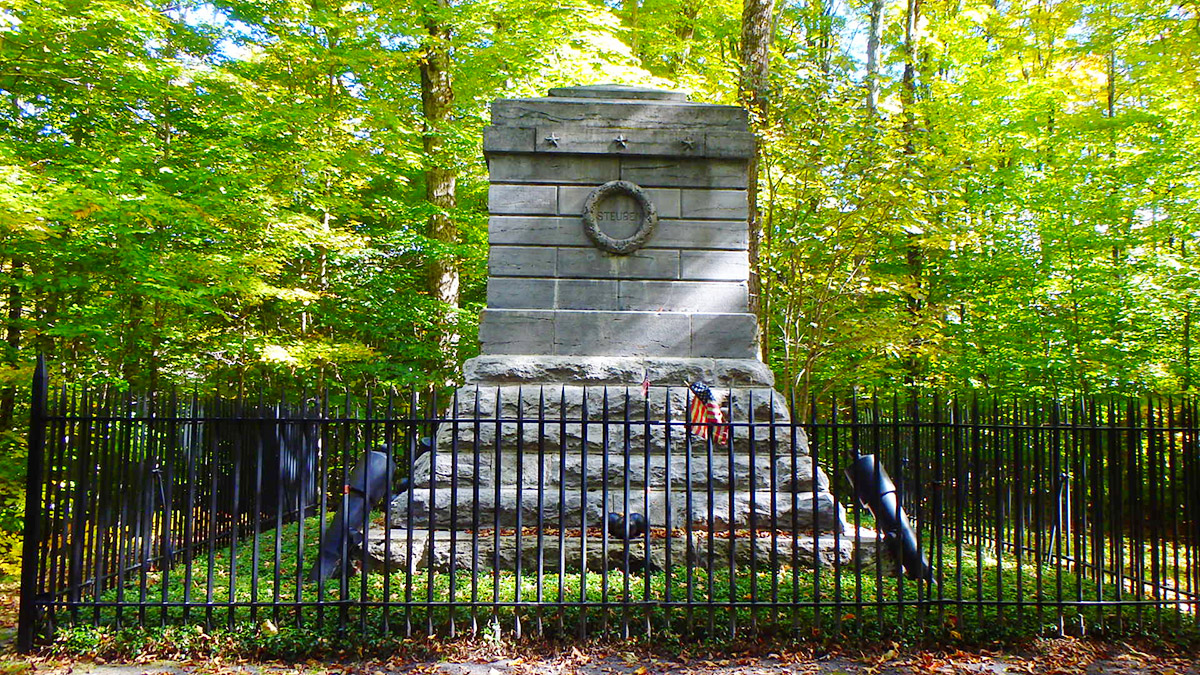 The Steuben Memorial honors the “Drillmaster of the American Revolution,” Baron von Steuben, whose valuable wartime services have been described as being second in importance only to those of George Washington. In 1777, Steuben volunteered his services to Benjamin Franklin to advise the ill-trained American army. At Valley Forge, he converted the ragged, starving army into an effective fighting force. His program greatly increased the morale and strengthened the army. He authored the “Blue Book,” which still remains a basic reference for military training and organization.

After the war, Congress granted von Steuben a life annuity and New York State deeded him a large parcel of land in appreciation for his wartime contributions. He summered on his land in a two-room log house until his death in November 1794. Although in his will he requested an unmarked grave, in 1804, his remains were transferred to what is now known as the “Sacred Grove.” Today a plain, but large monument marks Baron von Steuben’s final resting place. 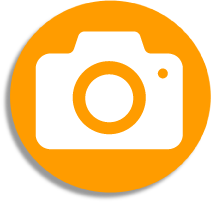