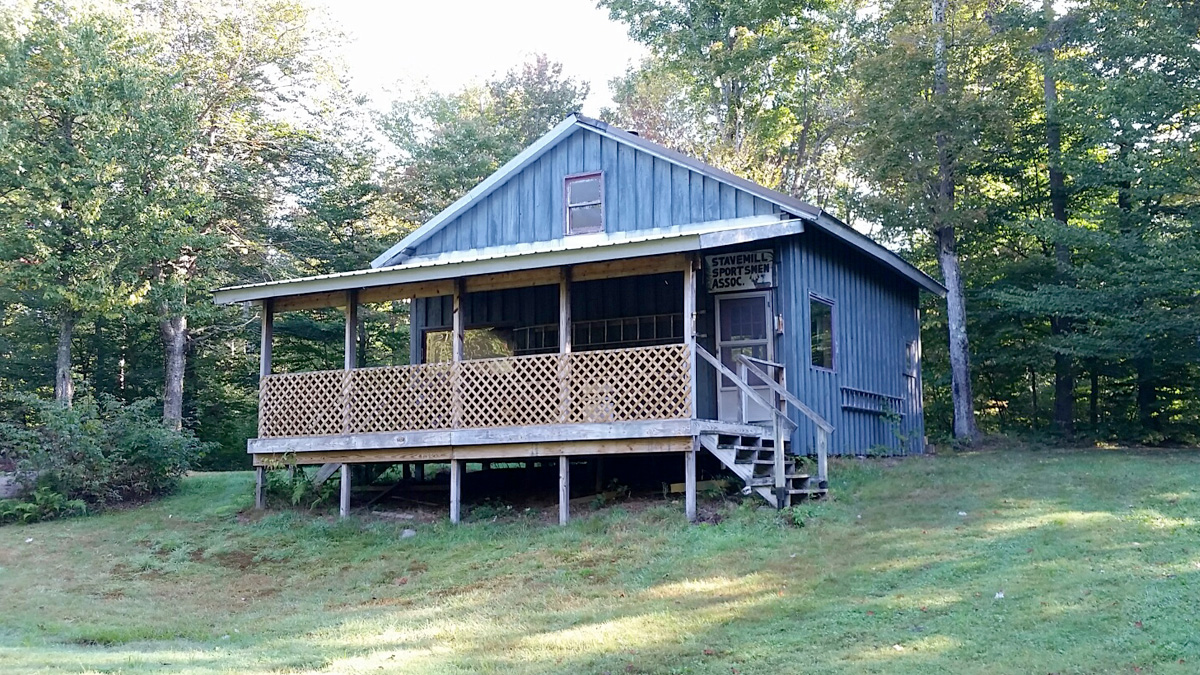 Mitch Yerdon has spent much of his life—40 years of it—out hiking these woods, hunting with friends and spending time at the camp. There have been bitterly cold mornings, up before dawn, where you can feel the cold snap at your eyeballs, making them prickle in the early light. Other times, there’s been lunch over the stove at the camp, telling stories and discussing what it was like as a boy, to grow up here in Tug Hill.

One thing is certain. For Mitch, and those who belong to the Stavemill Hunting Club, LLC, a small hunt club, the lands they have historically leased is part of who they are; “it’s become like family,” remarked Mitch.

All that was put at risk when Harden Furniture, which owned over 3,000 acres of forestland the club leased in the towns of Redfield and Orwell, in Oswego County, sold the land to a forest investment company who in turn, needed to sell the land.

The towns, and the hunt club, recognized an opportunity to keep the land intact for hunting, fishing, snowmobiling and other recreational activities, rather than seeing it get chopped up by scattered development.

“We see this land is an important part of the economy—people come to this region to hunt, fish, hike, and snowmobile,” explained the Town of Orwell Supervisor, William Potter.

The Conservation Fund, a national conservation organization, stepped up to purchase the land and transferred it to the State to become part of the State Forest System this past spring; the state continues to pay the property taxes as part of its conservation agreement with local towns in Tug Hill.

But even then, the hunt club might have lost its camp. That’s because state law requires that private leases be phased out even if they’ve been there for generations.

Working with The Conservation Fund, NYS Department of Environmental Conservation, the Tug Hill Commission, and our land trust, a strategy was created to allow the hunt club to keep its camp and ensure the land wouldn’t be developed in the future in an incompatible way.

Now, thanks to this creative plan, the hunt club will purchase six-acres of the land around their camp at the conservation value, subject to a conservation agreement held by Tug Hill Tomorrow Land Trust.

“We want to find a way to allow the important forest lands to be conserved for these uses, and honor the heritage of the long-term hunting camps,” remarked Michael Yerdon, President of the Stavemill Hunting Club, LLC. “This is a great example of a partnership that’s making that goal possible.