Conserving a Way of Life

“There are very few farm families left in our area compared to years ago…it’s a way of life that is disappearing, and we’re trying to preserve this important and vital way of life here in our community.” 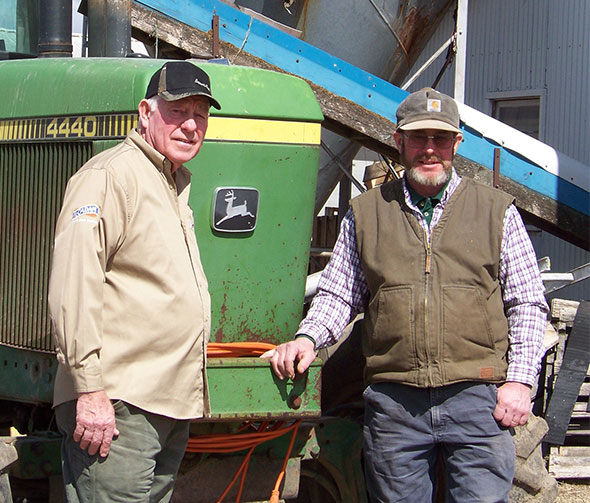 Forty-seven years ago, Carl Horton and his wife Cheryl, set about to make their dream a reality.

They purchased a dairy farm in Philadelphia, New York – becoming only the third owners of the farm in the last 200 years.

They have raised their kids on the farm and expanded it to support both their family and that of their son, Randy.

And over the years they witnessed farms disappearing in their community.

The loss of these farms has impacted the community and what it means to live in Philadelphia, New York. In addition to providing places to hunt, fish, ski and snowmobile, these farms have been the heart and soul of their community’s identity.

Part of that community identity comes from understand farming and where your food comes from. There’s also an ethic of helping out, coming together, and pitching in when the crunch is on to bring in the crops for deal with a frozen water pipe. And that’s important to the Hortons.

A partnership with the Army

“There are very few farm families left in our area compared to years ago…it’s a way of life that is disappearing, and we’re trying to preserve this important and vital way of life here in our community,” explained Cheryl Horton.

Thanks to a partnership with the Army, Ducks Unlimited, and the Tug Hill Tomorrow Land trust, the Hortons have conserved their farm by selling the majority of their non-farm development rights and reinvesting that money back into their farm and their family.

Funding came from the Army as part of the military’s strategic effort to ensure that the lands around the Fort Drum Army Base remain in an open, undeveloped, state.

“The Army has realized that it needs to keep the level of lights, structures, and traffic around the base to a minimum if it is going to be able to allow the Base to function at the highest level,” explained Linda Garrett, executive director of the Tug Hill Tomorrow Land Trust.

The Horton’s continue to own the land, pay taxes, and manage it pursuant to a conservation agreement (technically referred to as a conservation easement) they developed in partnership with the land trust.

Now, unlike some of the cherished farms in town that disappeared, their 412-acre dairy farm will remain in the family and be available for farming into the future. And for that, the Horton’s are grateful.

“Conserving this farm is important to our family. We have worked so hard to make this farm what it is today, and now that it’s protected we know that farmers in the future will have access to this great land.”