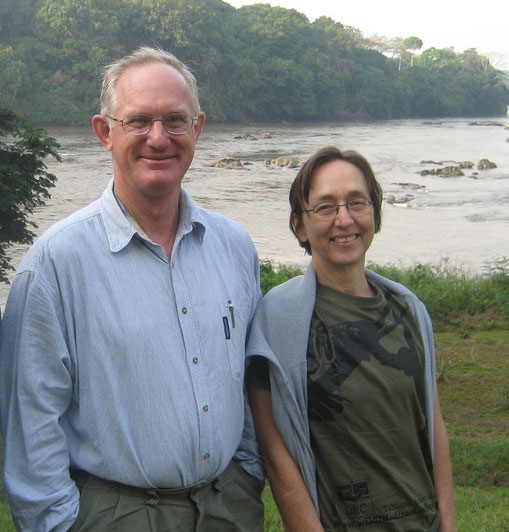 John and Terese Hart are ecologists working in Congo, Africa on land, species, habitat protection, and the creation of a new National Park. It’s an effort that has taken years, and often taken them away from Tug Hill for months or even years, at a time.

Their North Country home, however, is just as important to them.

As ecologists, the Hart’s recognize the importance of conserving lands along the Black River at the base of the Adirondack foothills on Red Pond. In this particular location, land protection will help maintain the diversity of plants and animals and the connections between the Tug Hill and the Adirondack Park.

As new roads push into the Tug Hill forests, and homes are located (often accidently) in critical habitat areas which were formerly minimally disturbed, plants and animals that have evolved to flourish in these locations become increasingly at risk.

Creating connected, conserved, lands that encompass woodlands, streams, wetlands, and meadows, is important for the long-term survival of a variety of Tug Hill’s wildlife. It’s also an important aspect in ensuring that Tug Hill’s clean water remains intact, something that both wildlife and recreationalists rely on.

John and Terese understand this on a deeply personal level. Their work in Africa has lead them to see what has been lost—as well as what can be recreated and conserved for future generations.

It’s not always size that matters

Sometimes land conservation’s impact is gauged by the size of the parcel. But that’s often just part of the story. That was true for the Hart’s land.

Surrounded by other important lands, this parcel might have created a barrier to the passage of wildlife from one place to another if it had been overrun with development.

Now, with the conservation of this 39-acre parcel of land along Red Pond, they are taking action to protect what’s important to them, and in so doing, conserving a place for wildlife as well as their homeland.